Recent reports from the University of Arizona indicate steady and substantial growth for Arizona business and the economy at large within the next 30 years. If you live in the state or are considering a real estate investment within the next five years, learn what the Economic and Business Research Center has to say about Arizona’s evolution – particularly in the major metropolitan cities of Phoenix and Tucson. 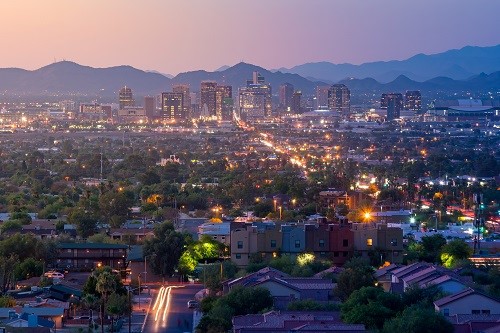 By the close of the second quarter 2016, Arizona saw the following economic improvements:

The US economy as a whole will improve over the next three years albeit modestly. GDP growth is expected to rise by half a percent from 2017 through 2018. Exports will remain stagnant (due in part to Brexit) as will nonresidential investments and consumption. Despite the fact that interest rates are on the rise, residential investments will remain strong through the end of 2017.

Arizona’s outlook is mostly positive with high expectations in the following areas:

While the state’s outlook is overwhelmingly positive, there are still key factors of state and local performance that will be called into question – namely human capital accumulation. The term refers to “the stock of knowledge, habits, social and personality attributes, including creativity, embodied in the ability to perform labor so as to produce economic value.” In short? Human capital accumulation is all the components that determine one’s level of productivity often measured by education. While the population of Arizonans with a bachelor’s degree has steadily increased over the last three quarters of the century, it is still nearly 4% below the rest of the country.

Overall, Arizona will grow abundantly over the next 30 years despite a few shortfalls. If you’ve had thoughts about moving to Arizona or buying a luxury home in the Grand Canyon State—particularly in the luxury market—2017 would be an ideal year to do so.