MARANA, Ariz. – It was a refreshingly candid morning, and it didn’t take much prodding. To say Jack Nicklaus didn’t agree with many of the changes mandated by the PGA Tour to the new Ritz-Carlton Golf Club at Dove Mountain would be an understatement.

Amid criticism of the greens by players (including Tiger Woods) at the recent World Golf Championship-Accenture Match Play Championship, played at the southern Arizona golf resort and club, Nicklaus said he wished they had given the golf course a year or two to mature before going forward to change the firm greens. He challenged tour players to think a little more on the Dove Mountain course. And he said he didn’t want to create a golf course that would turn the match play event into a putting contest.

“We’ll make a few of those adjustments, and I think it probably will improve the golf course,” Nicklaus said. “I don’t have to be right. I can be wrong, too.”

In other words, even the Golden Bear can compromise a little.

Many of the changes, which include softening parts of some of the greens to create more pin positions and give players a chance to hold greens on this 7,800-yard layout when they come in with longer shots, were already under way by the time Nicklaus arrived for the official grand opening of the facility March 28.

The Saguaro nine – the front nine of the WGC Accenture – was already closed as several greens were stripped and changes were being made. On March 30, the Tortolita nine was scheduled to close for renovations, and the club would operate as a nine-hole facility – with the Wild Burro nine open – until June.

Still, it was a joyous occasion for owner/developer David Mehl, who hired Nicklaus more than 25 years ago to design the Westin La Paloma in Tucson. The Ritz-Carlton at Dove Mountain is the first course Nicklaus has designed in the Tucson area since La Paloma.

Mehl has remained good friends with Nicklaus over the years. They have even played tennis together a number of times.

“Jack not only is the greatest golfer in history, he’s also just a phenomenal designer,” Mehl said. “I’ve been able to witness now twice, as we’ve worked together, the artistry with which he approaches everything on the golf course and the strategy and the significance and the importance of everything that he lays out on any given golf hole. So as we play it as amateurs, we enjoy it, and we don’t really fully appreciate all the thinking that has gone into it.”

At Dove Mountain, it was Mehl who hit the ceremonial first tee shot, a well-struck driver that found a fairway bunker. Nicklaus followed, striping one down the middle, then played five holes with his son Jackie for those in attendance.

At 69, Nicklaus still showed plenty of the game that won him 18 majors. Having given up competition for exhibitions, however, if he hit a shot he wasn’t particularly pleased with, he dropped another ball and hit another.

In between, with course and tour officials present – as well as the gallery of guests – Nicklaus commented on the proposed changes as he played the last five holes of the Tortolita Course, the back nine for the WGC Accenture. At one point, he called a proposal on the 15th green merely “spending money.” He conceded, though, that some other changes might improve the course.

On the 17th hole, a particularly difficult par 4 with a green that slopes severely from left to right off a ridge, Nicklaus agreed to raise the right side of the green, perhaps even putting in a bunker to catch wayward shots before they go into an arroyo.

Still, Nicklaus said he thinks his team, which included longtime senior design associate Chet Williams, got it 90 to 95 percent right. He concedes that today’s game is a power game, but he designed Ritz-Carlton Golf Club to challenge the mental side, which is perfect for match play.

“If the wind is blowing and you’ve got high, dry sky and the shot is going to get away from you, you can’t throw the ball at the pin,” Nicklaus said. “You should play the ball to the conservative side of it. Why should you give the guy that? Make it so it’s the same place they play every week? That’s what I tried not to do.”

Nicklaus said he knows the tour is only trying to do the right thing by reacting to the players’ concerns, but he wishes the course had been given a little more time.

“It’s tough, but man, I enjoy playing it,” he added. “I even think some of your announcers will end up liking it.” 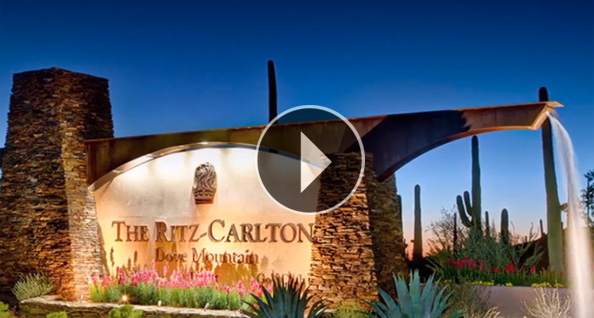